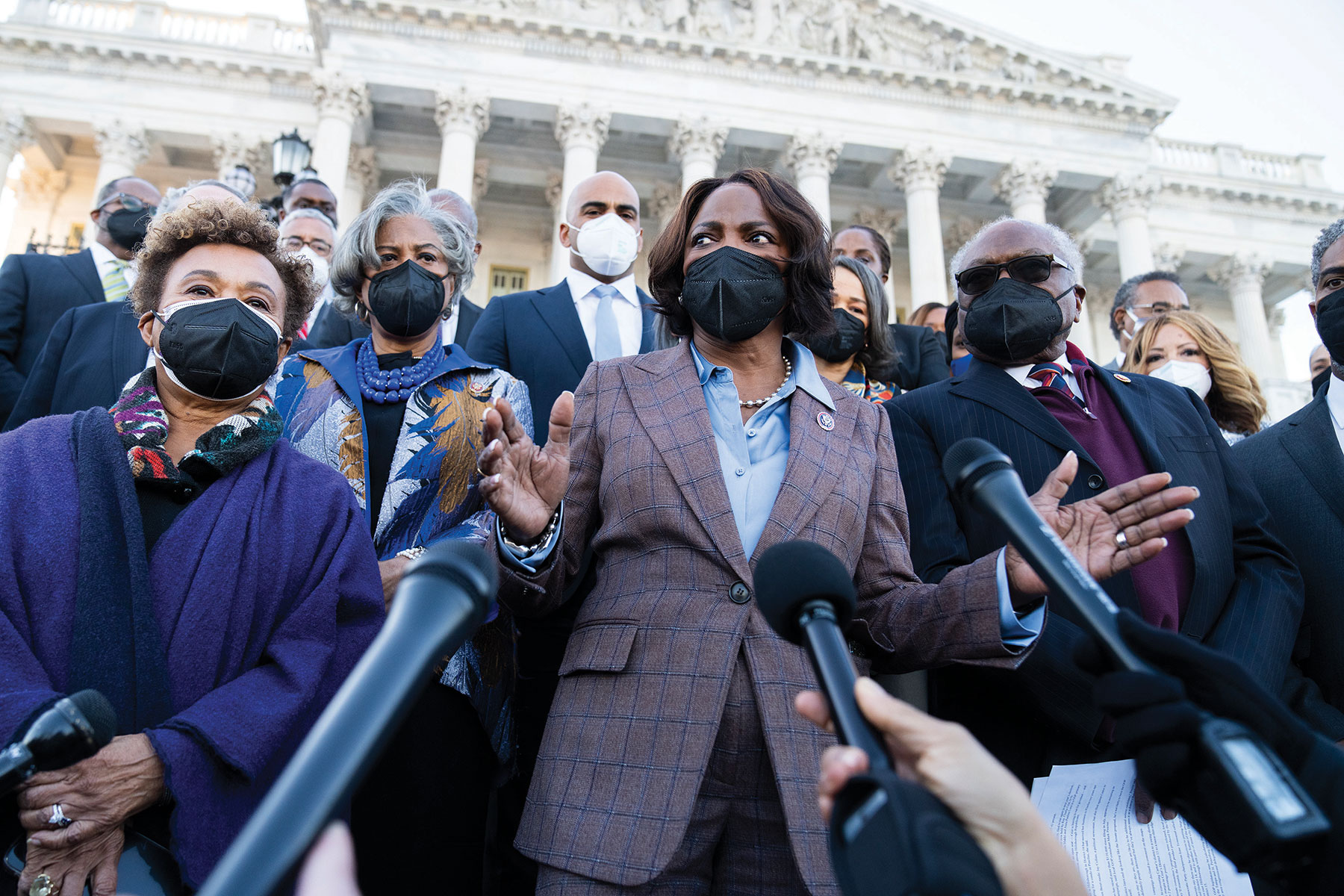 Horse race. Polls. Who said what today. Who picked up what endorsement. A soundbite. A gaffe. Even an occasional gotcha, conflict or carnal impropriety story.

All expected in election coverage these days. But with control of Congress at stake, media can do much more to help voters make informed choices by probing candidates’ actions, positions, financing and misstatements.

All American journalists live in a district with a congressional election this year. Voters in 34 states will also choose a senator in a regular election (plus maybe some special elections to fill unexpired terms). So how can we improve our coverage?

Here are some ideas to consider.

Conventional wisdom is that people pay more attention to races perceived as close, through polling or fundraising totals.

But if the press pays more attention to a contest, it can become more competitive, suggests Thomas Patterson, Bradlee professor of government and the press at Harvard University. Starting coverage early can get readers and viewers interested, and it gives underdogs a chance. “Take the time to put audiences into an election,” Patterson counsels.

“These elections are never going to be the top of the news, day after day after day. That’s not realistic, but move some of those stories onto the front page…fewer on the back page,” he advises. Do stories that point out the differences among candidates. “That is especially important when one or another candidate is a less-than-typical Republican or Democrat.”

BE CAREFUL ABOUT UNSUBSTANTIATED CLAIMS

Besides pointing out differences among candidates, political advertising and reporting often become focused on such things as alleged sexual improprieties, mistreatment of staff, domestic disharmony and recently, unsubstantiated claims of vote fraud. Journalists often repeat a charge, generally with a response. “Readers will complain that you are withholding information, but unless a serious allegation is well documented, you need to sit on it,” Patterson advises. 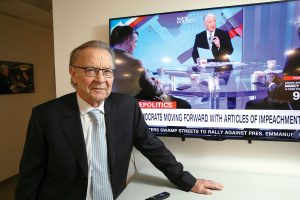 Thomas E. Patterson, author of “How America Lost its Mind: The Assault on Reason That’s Crippling Our Democracy,” advises reporters to “take the time to put audiences into an election.” (Photo by Jon Chase/Harvard Staff)

WHAT ABOUT “FRINGE” CANDIDATES?

“If they’re included in the debates, you have to give them a little more attention than you normally would,” Patterson advises. “But ease of entry shouldn’t automatically allow them to expect that [they are] going to get coverage. If you do want to give third party candidates some coverage, an interesting angle may be how their party nominated them,” Patterson says. If there was debate within the party, ask the losing faction if it plans to support the party. Or will members of the Green Party, for instance, opt to support a Democrat with a strong environmental record?

And not just the ones paid for by the candidates. Find out who made and who paid for the ads, particularly ones appearing on TV, by candidates and also by interest groups trying to influence races or legislation. Ask which audiences they are aimed at and what they leave out. Ask the opposition for reaction.

GO BEYOND THE ADS AND SPEECHES

Examine mailers and emails “you get from your local congressperson telling you all the wonderful things they are doing.” Check to see if “they’re not telling the whole truth or are taking undue credit for getting legislation passed that they didn’t have all that much to do with except voting for it” or adding their name as a co-sponsor, advises Eugene Kiely, director of Fact Check at the Annenberg Public Policy Center.

States will have legislative/reference bureaus and secretary of state offices with facts and figures you can rely on. If you’re covering state races in Michigan, for instance, you’ll find a treasure here: bit.ly/3HipgdY.

Fortunately, federal campaign and lobbying expenditures are quite easy to find. Any journalists covering federal campaigns will find a gold mine at opensecrets.org, a site from the Center for Responsive Politics. The Center is probably not exaggerating when it calls itself “the nation’s premier research group tracking money in U.S. politics and its effect on elections and public policy.” The Center collates reports filed with the Federal Elections Commission so you can look up all candidates for the House and Senate and find out a trove of data on how much campaign money they raised and which individuals and industries gave them the most. And you can find out where any political action committee is donating its money.

It’s easy to track which industries are donating the most and to which politician. Then take a look at the candidate’s actions on behalf of the industry. The National Association of Realtors operated the largest Political Action Committee during the last federal campaign, for instance.

You can also find a list of the biggest donors (The late Las Vegas casino mogul Sheldon Adelson and his wife Miriam Adelson donated by far the most money to candidates, PACs, etc., during the 2019-2020 cycle). But who were the biggest donors in your area and where did they contribute? It’s all right at opensecrets.org.

And a simple check of any current or past race will tell you how much each candidate has raised as of the last quarterly report, and where it came from.

You don’t need to be a member of a particular group to cover it. “You can utilize the ethnic press to give you insight in terms of what you may be covering,” suggests Christine Chen, executive director of Asian and Pacific Islander American Vote, a national non-partisan organization that works with state and local groups to increase electoral and civic participation.

Chen also adds that reporters don’t always have to confine their ethnic-related stories to specific concerns of their backgrounds. “The story “doesn’t always have to be on immigration or China-U.S. relations. It could be about health care [or] small business. We are facing the same issues as everybody else. Make sure you see us as part of the fabric of America, as well.”

Also, it’s easy to stereotype ethnic communities that are really quite diverse. “The Hmong voter in Minnesota is going to have a different perspective than the Filipino voter in Nevada,” Chen notes.

Make use of sources such as the Asian American Journalists Association’s AAJA Studio, a databank of journalists and subject matter experts, and SPJ’s Race & Gender Hotline.

LOOK FOR DIFFERENCES EVEN WITHIN A PARTY

It can also help to ask how closely candidates toe the party line, as opposed to thinking for themselves. Ask Republican candidates how they stand on former President Donald Trump’s efforts to overturn the 2020 presidential election and efforts going on to make voting more difficult in certain states. Ask Democratic candidates where they stand on President Joe Biden’s actions and proposals.

Ask how they would describe the Jan. 6, 2021 Capitol insurrection and subsequent investigation, advises Larry Stuelpnagel, who covered politics on New Jersey television for 15 years and now teaches politics and the press at Northwestern University. Get candidates on the record about their views on vaccines. And interview people who are or would be affected by the candidates’ policies if elected.

GO BEYOND THE PARTY LINE

It’s easy to find the official party line for congressional candidates: both parties maintain organizations dedicated to nothing but electing members to the House and Senate. The organizations’ main tasks involve fundraising and spewing propaganda through their websites, email and social media. The Democrats maintain the Democratic Senatorial Campaign Committee and Democratic Congressional Campaign Committee, while the Republicans counter with the National Republican Senatorial Committee and National Republican Congressional Committee.

Rather than just present that material, use it in your stories. Ask the candidate and opposition what they think of the release or tweet of the day from any of the committees.

Though the committees maintain press staffs and can provide leads for controversial stories, the “spokespeople” concern themselves more with blasting the party line than helping reporters do their jobs. They all issue “press releases” on their websites that carry the byline of the press staffer who wrote it but contain more opinion than information and provide no contact info for reporters.

This is especially true for multi-market freelancers and those working for industry publications. A personal story: When John McCain was running for president, his wife Cindy McCain and her family owned one of the nation’s largest Budweiser distributors. I documented how her family was pouring money into the campaigns of senators pushing legislation favorable to beer wholesalers. Most of the people who got to read it, though, were those in the region interested enough in craft beer to turn to the inside pages of Mid-Atlantic Brewing News.

COMPARE MESSAGES GIVEN TO DIFFERENT AUDIENCES

Watch what candidates say to different audiences. Susan Page, Washington bureau chief of USA Today, recalls when she served as editor-in-chief of The Daily Northwestern at Northwestern University during Sen. Chuck Percy’s (R-Ill.) campaign for reelection in 1972. She assigned stories to point out that Percy was saying different things to different audiences. “Sen. Percy sounded anti-war on campus, but his position elsewhere was more, well, nuanced. And he was supportive of [President Richard] Nixon in Washington in a way he wasn’t in Evanston,” she stated.

Remember that election results impact young people, as well. Consider partnering with student journalists to get their perspectives on the candidates and the issues, especially at short-staffed news outlets, to examine a local race, Stuelpnagel suggests.

LISTEN TO THE VOTERS

Finally, it can’t hurt to get story ideas and quotes from those who ultimately are supposed to decide elections: voters. As the late David Broder, perhaps the most distinguished American political reporter of recent times, stated back in 1990: “Too often we let the candidates and their image makers use cheap negative attacks to drive out legitimate policy arguments…. There is no substitute for shoe-leather reporting, walking precincts, talking to people in their living rooms…. In all the years my colleagues and I have done that at The [Washington] Post, we have never come back uninformed — or uninspired — by the experience.”

And no matter how you cover the midterms, insist on answers. Make it clear to the campaigns that if they don’t respond, they’ll see a blank space or a “no reply” instead of their candidates’ positions.

Featured image: Rep. Val Demings, D-Fla., and members of the Congressional Black Caucus address the media on the House steps of the U.S. Capitol. (Photo by Tom Williams/CQ-Roll Call, Inc via Getty Images)

Charles Pekow is a Washington, D.C., writer and longtime member of the Society of Professional Journalists whose work has appeared in many publications including The Washington Post, Washington Monthly, Earth Island Journal, Mongabay News and more. He has won many journalism honors including the National Press Club Award and Washington Writing Prize.