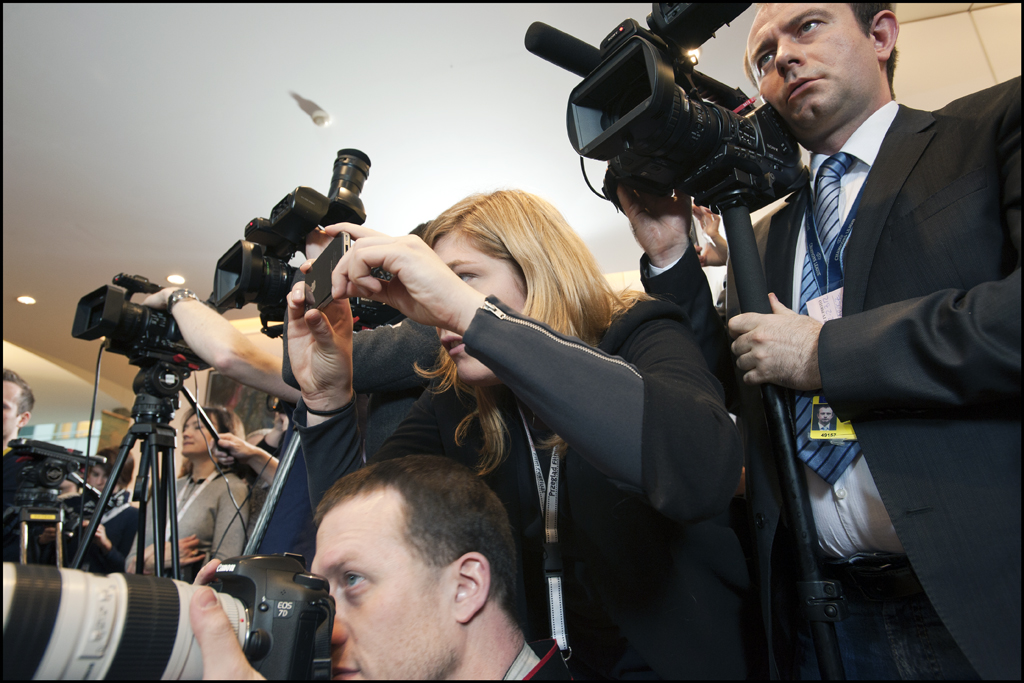 “How can it be that nothing has changed?”  That’s how Kai Ryssdal began the May 25 edition of the public radio program “Marketplace.” The story he referred to that prompted the question was not a classic “Marketplace” story, he acknowledged. But the big story of the week could not be ignored — that of 19 students and two teachers killed by a shooter at Robb Elementary School in Uvalde, Texas. “Marketplace” was certainly not alone in trying to decide how to approach covering the shooting that week. Many national outlets sent people in – from national broadcast and cable news anchors to reporters for publications including The New York Times and The Washington Post.  A Martinez, one of the hosts of NPR’s “Morning Edition,” included the media presence in his report from the scene.  “If you take a second to look around while you’re driving through it, though, you’re going to see a grassy town square,” Martinez reported. “It’s surrounded by historic houses, beautiful homes. And right now, though, the town is overrun by a crush of media. Right around Robb Elementary School, there are so many TV trucks and satellite dishes, it felt like we were kind of just traipsing through a densely packed jungle of tents, of cameras, cables, makeshift workstations, people all around. We couldn’t even see the school until we were right on top of it. And the people who live there in that area have really temporarily lost their own neighborhood.”  Lauren McGaughy, a reporter with the Dallas Morning News, had friends reach out to her saying that hotel rooms in Uvalde were full because of the volume of members of the media on the scene. McGaughy, in a 2017 piece when she covered the shooting in Sutherland Springs, Texas, wrote an apology to the people of the town, noting that the media must do better.  “As journalists, our role as observers and investigators in times of tragedy is important,” McGaughy wrote. “But so is our empathy and our humanity. As a profession, we must have a conversation about how best to chronicle horrors like this. We can do better.”  In a Twitter thread on May 25, McGaughy offered suggestions on how this can be done, including relying on local media and getting a pool or wire available to get victim information so families are not inundated with calls.

Anne Godlasky, a former editor at USA Today and a former Nieman Fellow at Harvard University who studied trauma journalism, agreed that the media needs to change how it covers mass shootings. Godlasky, in a telephone interview with Quill, also supports a pool system, similar to how coverage of stories from The White House is done and how the withdrawal of U.S. forces from Afghanistan was handled. It’s an idea proposed by journalists after Sutherland Springs, including her fellow Nieman alum Lisa Krantz, who worked as a photographer at both Sutherland Springs and Uvalde,

“If you want to talk about journalism ethics and both accountability and doing no harm — we are doing tremendous harm to the communities,” Godlasky said. “That is a solution that, though it is not perfect, would alleviate a lot of the harm and allow us to get this information that is important for the public to know. It can also help with overall trust of journalists.”  Godlasky added that it would also help journalists assigned to these stories by giving them a break, noting that it is traumatic not only to cover these stories, but read about them too.  “Having rotations could be very helpful both how journalists take care of themselves and their sources and providing information,” Godlasky said.  Most of all, Godlasky encouraged journalists to keep a cool head — to keep calm and keep steady, and to be mindful about how to present interviews and other work. Godlasky also emphasized a principal part of SPJ’s Code of Ethics — neither speed nor format excuses inaccuracy.  In a Twitter post, Errin Haines, the editor-at-large for the nonprofit news site The 19th, added that journalists should not be afraid to accept no as an answer.   “Never forget that you are meeting someone at what is likely their worst moment,” Haines wrote. “Maybe you get the interview later, maybe you don’t. No one owes us their story. And no one’s humanity is worth sacrificing for one story — including your own as a journalist.”  There are also elements to consider after the story has been reported, including coping with reporting on traumatic issues. Godlasky says that while the industry has evolved its practices in handling this, journalists still have a poor history when it comes to coping with trauma.  Godlasky suggests either writing about the trauma or talking about the trauma with someone you trust — be it a colleague (current or former), mentor or editor. When writing about the trauma, write about it in a way that is not a traditional news story — write it in a way that can help process it.  Talking also helps, especially considering the uniqueness of journalism as an industry, where initial training on dealing with trauma is in short supply.  “That makes such a difference,” Godlasky said. “It is important because our industry is very unique in what we expect of people.”  Godlasky adds that having a strong editor who knows about emotional tolls helps — something that newsroom executives need to consider when deciding who to promote.  “Having a strong editor is really important and an editor who is strong and knows what they’re doing and is calm, but understands the emotional toll and can pay attention to how people are doing and when they need a break,” Godlasky said. “It is an incredibly important skill and one that can be overlooked versus project management and reporting skills. People knowledge is crucial.”  Despite the progress made, and the resources available, including from the Dart Center at Columbia University, Godlasky says the industry needs to do more, especially on tackling burnout.  “The fact that we are putting expiration dates on people because we aren’t able to make the accommodations necessary for people is hard,” Godlasky said. “We need to have a reckoning of what we are asking of people. The duty is born of a good place (defending democracy, public’s right to know), but it is also a thing that is exploited. We need to be careful about it to ensure [reporters’] longevity [in the industry].”