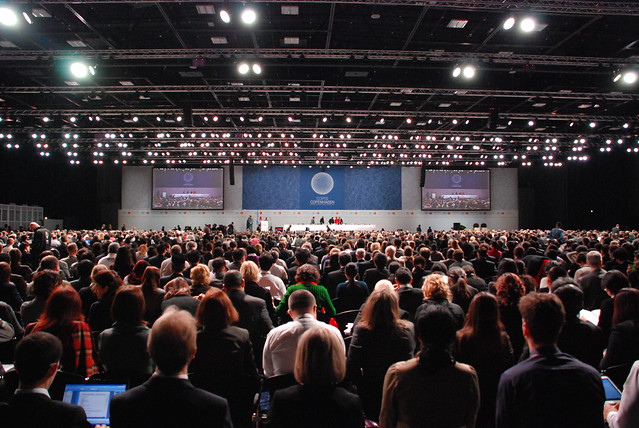 Keeping an eye on hurricanes this season

On May 24, the National Oceanic and Atmospheric Administration (NOAA) released its outlook for the forthcoming Atlantic hurricane season.   Forecasters at the National Weather Service’s Climate Prediction Center predict that this hurricane season, which starts on June 1 and ends November 30, will have 14 to 21 named storms – with 6-10 of them becoming hurricanes and 3-5 of them becoming major hurricanes. Additionally, forecasters say that this would be the seventh hurricane season in a row that would be above average.  The news of the start of hurricane season comes as part of continuous stories recently on unprecedented climate and weather developments, from wildfires and tornadoes to reports of flooding and spring winter storms. Indeed, the World Meteorological Organization reported in its State of the Climate report in 2021 that extreme weather events are becoming the new normal because of climate change.  Editor’s note: Houston SPJ is holding a panel discussion on June 1 discussing covering hurricanes. More details can be found here.  With hurricane season and the summer severe weather season starting — along with continued risks for wildfires — climate change has, within the last decade, risen to become part of reporting , intersecting with other beats and as a standalone reporting beat.  Susan Valot, a freelance journalist in Los Angeles and an executive board member of SPJ’s Freelance Community, tends to gravitate towards outdoor stories, and while she never intended to cover climate change, it came forward as issues such as severe wildfires became part of the norm in the western United States “Even if an outdoor story doesn’t specifically mention climate change, it’s often related to it in some way or there is a potential connection that appears to be there, but isn’t proven yet,” Valot said in an email interview. “Food sources in the oceans move, so wildlife suffers. Wildfires burn hotter and larger. Just covering those stories so that people know the environment seems to be changing adds to the climate change narrative.”  Valot cites preparation as part of helping to better understand how to tell these stories. In the case of wildfires, Valot spent some time during the pandemic taking seminars with scientists at the University of California at Davis, learning about subjects including the evolution of wildfire modeling, components of smoke or how beavers impact wildlife areas.   “I not only came away with story ideas, but I now know a lot more to ask intelligent questions about wildfires, beyond the breaking news basics,” Valot said. “I learned who’s studying what. And wildfire scientists got to know me, so that when the time comes, they will be easier to get ahold of. Dedicating yourself to finding training opportunities like this, will help you ask the better questions and know when you can make clear links to climate change and when you should back off a bit.”  The importance of preparation is a sentiment echoed by news organizations and scholars who have studied climate change and communication. Knowing the right questions is integral in helping draw connections, as suggested by the journalists on NPR’s climate team, in an article they wrote for NPR’s training site back in 2020.  In addition, in a 2019 speech to journalism students at the University of Oregon, Rosalind Donald, who starts this fall as an Associate Professor of Climate, Environmental Justice, Media and Communication at American University in Washington, DC, said climate change is “a broad topic encompassing a lot of information,” and that while reporting on climate change is not easy, it can be done in different ways.  However, Valot does not go into a story straight away thinking it is a climate change story.  “If you send me to cover a wildfire, for instance, I am not going into it thinking it’s a climate change story,” Valot said. “I’m going to the fire and I’m looking for a unique angle or something interesting to cover there. The intent is to get the information out in an interesting way and let listeners hear these stories and come to conclusions themselves. If you sent me to cover a hurricane, I wouldn’t be going to cover climate change.”  Ultimately, Valot’s goal is the same when it comes to any story – finding interesting and compelling stories and advancing the conversation.  “I try to pick my stories as a freelancer so that a local story is a window into a larger story,” Valot said. “This is the same. I’m just adding one puzzle piece at a time into the overall conversation.”

For additional tools and sources for covering environmental/weather/climate stories, see “Eyes in the Skies: Getting the Most Out of Satellite Data and Images” from Quill.