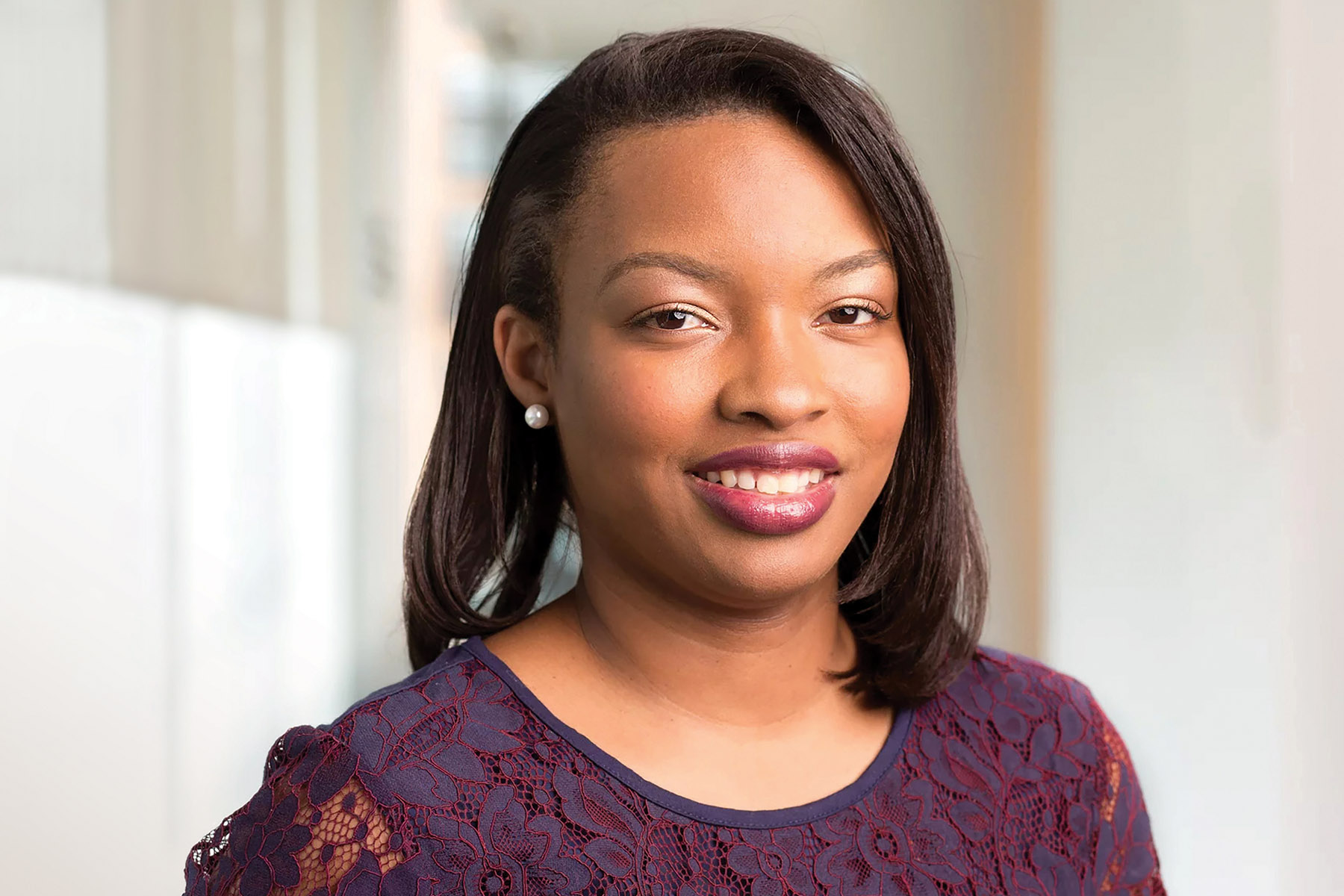 After college, Rascoe interned for Reuters before becoming a news assistant there. She spent a decade focusing on energy and environmental policy before transitioning to covering the White House under three administrations. She joined NPR in 2018. Rascoe spoke with Quill about her career path, her hopes for the new role and the benefits of her Southern roots.

What publications or other media sparked your interest in journalism?

I really loved hip hop magazines like Vibe and XXL. I got subscriptions to them for Christmas. And when my mom got the newspaper, I would actually read it. In middle school, I took an aptitude test that said I might be good at journalism. That flipped the light switch.

What led you into covering politics?

I was covering energy policy at Reuters — everything that was happening on The Hill with agencies including the Environmental Protection Agency, Interior Department, Energy Department, anything that was affecting the oil market. I covered the response to the BP oil spill, I covered what happened with the Fukushima meltdown, and I covered the rise of fracking. Then I did a year of reporting on legal issues, but it was still related to energy and the environment. In a way, the common thread was covering policy. I’d say if you know how to cover policy, you can cover the White House, because that’s really what the White House is about — agencies, the dynamics of getting laws passed, regulations and how the president gets his agenda done. You learn that through policy.

What are some of your favorite stories you’ve covered?

Two projects I’m really proud of that I’ve done while at NPR were focused on former President Donald Trump’s tweets and how he talks about people. The first was about how he tweeted about Black people. I went through 1,000 tweets and categorized by hand the people he was talking about by race and what he said about them. It took about two months. What I found was although he did insult many, when it came to Black people in particular, he would often challenge their intelligence — which he didn’t do with everybody else — or challenge their qualifications. For instance, ahead of the midterms he talked about all Democrats, but Stacey Abrams was the only one he said loved crime and was unqualified. The following year I looked at how he tweeted about lawmakers of color. Trump tweeted a lot and that was one of the main ways he communicated with his base, so I felt it was important to document these trends.

How has your work been impacted by the pandemic?

Obviously, it’s frustrating not to be able to go out into the field as much as you’d want… that’s always tough. The hardest thing, of course, has been having kids running in when you’re trying to do an interview, which happened today. It’s just a part of having to juggle all of the things all at the same time. It’s a lot. It made me appreciate when I can go to an office and it’s quiet.

Jet lag is a real thing. What did you do to keep that from impacting your international coverage?

It’s very long days, especially when you’re in the White House pool, traveling around with the president and not able to get any rest. I never resorted to it, but I know colleagues of mine had to drink five-hour energy drinks just to stay up. Some of it was just by the grace of God. Wherever I am, I try to find a Coca-Cola or a Pepsi to give me a caffeine fix just to stay awake. Even sleeping on the bus and the pool van. Sometimes you just have to take a nap.

Why did you decide to make the switch to hosting?

Former host Lulu Garcia-Navarro left and I had done some hosting for “It’s Been a Minute,” which I really enjoyed. At that point, I had been covering the White House for about six years — I was pregnant with my middle child when I started at the White House, and she turned six this year. So I had been thinking about what would be next for me. I decided to go out for the “Weekend Edition” job because I was ready to do something different and take on a new challenge. Thank God it all worked out. I’ve guest-hosted it before, which was a great experience. I got to do some cool stories like interviewing Melanie Lynskey from my favorite show “Yellowjackets,” I got to talk to the EPA administrator and we even did a little story on Elmo being shady about Rocco [on Sesame Street]. It was the best of all worlds. I got to do some hard reporting and also do entertainment, art, books, etc.

What are you most looking forward to in your new role?

Finding my footing. It’s just the beginning and I’ve interviewed Samuel L. Jackson and Tony Hawk. It’s been a great start. I’m looking forward to seeing how I can personalize the show. It’s always going to be “Weekend Edition Sunday,” but I’m looking forward to putting my little stamp on what the show is and can be.

Your NPR bio says “known for her Southern roots and signature wit.” How does that inform and impact your reporting?

It impacts me on the radio most, because my voice sounds a bit different. It’s obvious that I’m Southern and Black. It makes me stand out. The vast majority of the audience has embraced me and has been very positive. There are some people who don’t like the way I pronounce my vowels, or this or that, or the way I pronounce oil (one syllable). I think it also helps to have a little Southern hospitality. A lot of what I do as a host is welcoming people, right? You want to make guests feel comfortable. That’s part of my upbringing that does help.

Can you reflect on what representation means to you in light of the diversity problems we know plague the industry?

It is meaningful to me to be in the position that I’m in, sounding the way that I sound and just who I am. There have been Black women hosts at NPR, but I don’t think I would have ever seen something like this for myself, not just because of my race and gender, but just because it’s not something I thought I would be able to do. I hope people are able to see me and the work I do and think about what’s possible. I hope that when people listen to me they hear someone being authentically who they are and that it makes them feel like they can also be themselves and that there’s space for them in this industry. I also hope the industry will make space for more people to just be themselves and not try to make people fit into these neat little boxes. Obviously one person in one position doesn’t make that happen, but I hope overall that the industry does shift.

Any advice for students and early career journalists?

For people who are early on in their careers, just be open for opportunities. Try to get paid. I’m not telling people to work for no pay, absolutely not, but be open to different opportunities, because you never know where it may take you — even if a specific job or incentive is not connected to it. Make connections and always put your best foot forward. Also make sure you’re trying your hand at all aspects of journalism. Reporters are doing TV, podcasts, writing — those silos that used to exist aren’t really there anymore. People are doing all the things now. Think of yourself as a journalist who is a conveyor of news. The medium is just the vehicle to get that news out, so get as many skills as possible.