The last three to four decades have seen a surge in restrictions in public agencies, businesses and others banning employees from contact with reporters without the authorities’ oversight.

To better understand where we are and how we got to this point, Kathryn Foxhall, vice chair of the SPJ Freedom of Information Committee, spoke with Glen Nowak, a former media relations head at the Centers for Disease Control and Prevention and now associate dean for research and graduate studies, Grady College of Journalism and Mass Communication, University of Georgia.

The interview provided parts of a Columbia Journalism Review article on “Censorship by PIO.”

The following has been edited for clarity. A complete transcript can be found here.

Was it one particular administration or another that just suddenly said, “No one can speak without going through the public affairs office”? 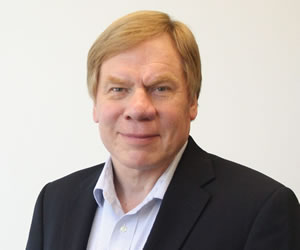 Glen Nowak, a former media relations head at the Centers for Disease Control and Prevention and now Associate Dean for Research and Graduate Studies, Grady College of Journalism and Mass Communication, University of Georgia

It’s hard to pin it on one administration, because it evolved. Probably the Clinton administration was fine with: “You could talk to some media outlets, some reporters, things like findings-related or a publication in CDC’s Morbidity and Mortality Weekly Report.” Then it got to: “If you’re going to have experts talking to the New York Times, we’d like a heads up.”  Then it went to: “If you’re going to do a press briefing or press conference, we want a heads up.” That evolved into, “If you want to do a press conference or a press briefing, you need to have our permission. We need to clear it before you can do it. You can’t do it without our clearance.” Then that became part and parcel of the standard practice of where we are today where it’s not possible for government agencies to probably hold a press conference without the secretary of the cabinet agency and the White House approval.

You’ve talked about the assistant secretary of public affairs telling you to stop talking to certain reporters.

Yeah, there were times in my career when I was asked by assistant secretaries for public affairs that we should avoid talking to some reporters because they weren’t friendly to the administration or HHS [United States Department of Health and Human Services] or CDC in terms of their reporting. And oftentimes, it was kind of silly. They drew that conclusion based on headline or on a single quote.

Can you give some history on how the restrictions on reporters and information came about?

All the cabinet agencies are part of whatever administration is in power. Political appointees include assistant secretaries — including assistant secretaries for public affairs. Those often have been high-level people in the presidential campaigns. They are used to a much different set of criteria and principles [for media access and communication than] typically found in large government agencies.

The White House is telling [the agencies], “We want a heads up. We don’t want to read about something first in The New York Times. We want to know that somebody has talked to a reporter at The New York Times, what the story is about and what was said.” And the most effective way to make that happen is that, when a scientist gets contacted, they’ve been trained, and they send that reporter to public affairs. Then public affairs can put that request forward to HHS: “We’ve got this request from a journalist to talk to so and so. Here are the key messages our expert will provide.” Then the assistant secretary’s office looks at that and they can say, “yes or no.” Or they can add their recommendations and thoughts to the key messages. They can decide whether this is something that should be elevated to either the awareness level at the White House or for getting input from the White House.

You have talked about how uncontrolled information doesn’t help the administration accomplish their goals.

Administrations, typically, their priority is trying to remain elected. And they’re often looking at policies through: “How will this help or not help when it comes to running for election? How will this help maintain or grow support?” One of the downsides, clearly, is that there could be health issues. The Reagan administration didn’t see HIV/AIDS as a major health issue. A serious health threat can be underplayed or ignored if it doesn’t align with political ideology of the party in power or a party is trying to get power. 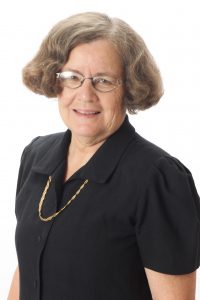 And what kind of impact do you think this is having?

It clearly does mean that stories lack the views of scientists and experts. That can make it much harder to get a good understanding of the research and initiatives and how government scientists interpret the science in the field. It obviously puts much more emphasis on the politics and the political angles and partisanship. It fosters partisanship on a lot of issues.

Given the lengthy permission process, there are only so many reporters who can get through. If I call CDC and I want to talk to somebody and I’m not one of the favored ones, what happens?

This reporter is going to have to find somebody from outside CDC to comment, probably turning to university experts, other experts who have popped up in media stories on that topic or former government officials. The drawback is that they may not have the same knowledge base as the CDC experts.

Reporters obviously sometimes still make contacts without permission. There is a lot of stuff appearing we wouldn’t know if they didn’t. However, I would say the majority of employees will not defy the rules and just talk to a reporter.

Right. Because many of these agencies have probably been doing these kinds of trainings on the policies for years.

It’s sensitive, but the importance of a reporter being able to take somebody on background cannot be overstated. It’s an everyday occurrence that somebody will give you important information if their name isn’t attached to it. To a huge extent we have killed that on-background flow of information.

There’s no doubt these policies do impede the flow of information. But it gets back to journalists have to make the case as to what is the important downside to that to the public, to society, to a broader group. I think that’s where they haven’t made a strong and compelling case.

Are you saying it’s on us?

I think so. Because who else is it going to be on, right?

Why do you think we’re not making that case?

One, there are fewer reporters. Second, many reporters are general assignment or they are freelancers. There’s no organization behind them to challenge these things. Many reporters have learned to quickly pivot. It’s like, “I don’t have three days or four days to wait for an agency to respond so I’ll just pivot. I’ll find another expert. What I probably need is a quote or two.”

Would you agree that political people, public affairs people and communicators: They know this very well?

Yeah. If I have a sense it’s not going to be flattering, why should I cooperate? There’s no upside but there could be significant downside. Their assumption probably is, in many cases, that the reporter will go find somebody else to talk. Or their assumption could be, by not cooperating, the story won’t happen.

Are you saying we have to make the case somehow that our reporting is useful to the agency to be able to get to a person?

Right, but political people aren’t going to say, “Well, that’s great. We want to help you do that.” Government and elected officials have seen that controls make it harder to do those stories and diminish the visibility and prevalence of those stories. So, from their perspective, it works.

Featured image from the CDC.

Kathryn Foxhall is a freelance reporter and vice chair of the SPJ Freedom of Information Committee.

Previous story
From the President: I’ve seen the future
Next story
Bookshelf: Veteran journalist celebrates community newspapers as “Beacons in the Darkness”