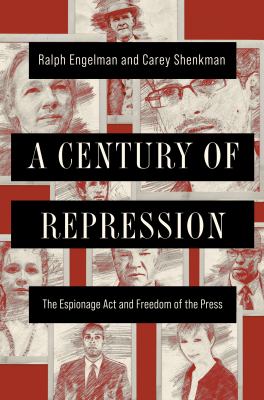 A little more than a century ago, the U.S. government passed a law designed, on its face, to protect national secrets. In their book, Ralph Engelman and Carey Shenkman outline how the Espionage Act of 1917 actually was created to control the flow of information and inhibit the practice of journalism. And they suggest that its use today remains frighteningly true to those origins.

Furthermore, Engelman, a media historian, and Shenkman, a constitutional lawyer, detail how the Act has been used to settle political scores, limit public awareness of government actions and increase the power of the FBI, CIA and other shadowy agencies. And they note that, while the Act has its roots in the early 20th century, it has claimed new attention in recent years with cases involving Chelsea Manning, Edward Snowden, Julian Assange and others, prompting new conversations about the freedom of whistleblowers, government critics and journalists.

Quill recently talked with Engelman and Shankman about the Act’s genesis and what they see in its future.

Why do we have an Espionage Act? 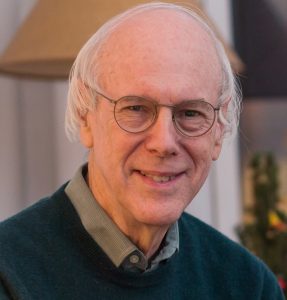 Engleman: That’s a very key question. When Woodrow Wilson recommended U.S. entry into the First World War, he wanted to have a kind of very strong federal executive censorship powers. The basic misconception about the Act – and we hear it all the time, especially by First Amendment advocates – is that it was a law passed to go after spies but is now used to go after the press, whistleblowers, etcetera. By taking a closer look at the history of the act, we learned that this was not the case. The real concern always had to do with the control of information, especially in times of American involvement in war.

Has there always been this sort of tension between this Act and the collection of information by journalists?

Engleman: Yes, especially in World War One. Basically, the 2,000-plus prosecutions, 1,000-plus convictions were directed politically against critics of the war. Later on, it was used in all sorts of ways, including as a threat. We saw it, for example, during the Second World War. The black press was seen by the government, and especially by J. Edgar Hoover, as needing to be kept in line because of the Double V policy which had the Black press supporting the fight against fascism abroad and Jim Crow at home. The law was used basically to temper their reporting racial incidents, fights in the military, and so forth.

Shenkman: I think we’ve really discovered in the course of researching this book that over the last century there’s been this line of implicating journalists that the government’s edged closer and closer to but never fully crossed. And the concern – and why we feel this book is timely – is I think folks are seeing that that line is now being crossed. Now we’re seeing increases not just in subpoenas and surveilling journalists, like what happened with the AP phone records, but the threat of having journalists be implicated in the gathering of information by sources and the cultivation of sources and what’s traditionally been viewed as journalistic activity.

Understanding that we need to protect national secrets, do the ends justify the means?

Engleman: Just a few weeks ago, there was legislation, actually an amendment to the NDAA, the National Defense Authorization Act. It ultimately didn’t get off the ground, but it is exciting to see some renewed legislative interest in this. And one of the focal points actually is the point that you brought up, which is this question: Do the ends justify the means?

Shenkman: We raise possible avenues for striking the right balance between legitimate concerns about national security and secrecy and First Amendment rights and the other factors to be included when evaluating whether something was duly classified. It’s interesting that, in this proposed amendment, even though it didn’t take root, now there’s more of at least a beginning of looking at the problematic aspects of the Act.

Does this seem to be a left/right issue?

Engleman: I think it essentially has been a kind of, unfortunately, a sort of bipartisan matter here. It certainly is not simply an issue of conservatives. During the Obama administration, there were more indictments under the Espionage Act of whistleblowers than had been in any previous era in American history.

Shenkman: Last year, there was this remarkable symposium of a number of academics and former government and national security officials. [Former U.S. Attorney General] Eric Holder joined, and so did former CIA Director John Brennan, and they actually signed on to a statement saying that the Espionage Act was in need of reform, and that it shouldn’t be used to go after the press.

Where do you think this is all headed?

Shenkman: We’re not saying the government should not prosecute someone who gives secrets to a foreign power. Our view is that journalists shouldn’t be prosecuted.